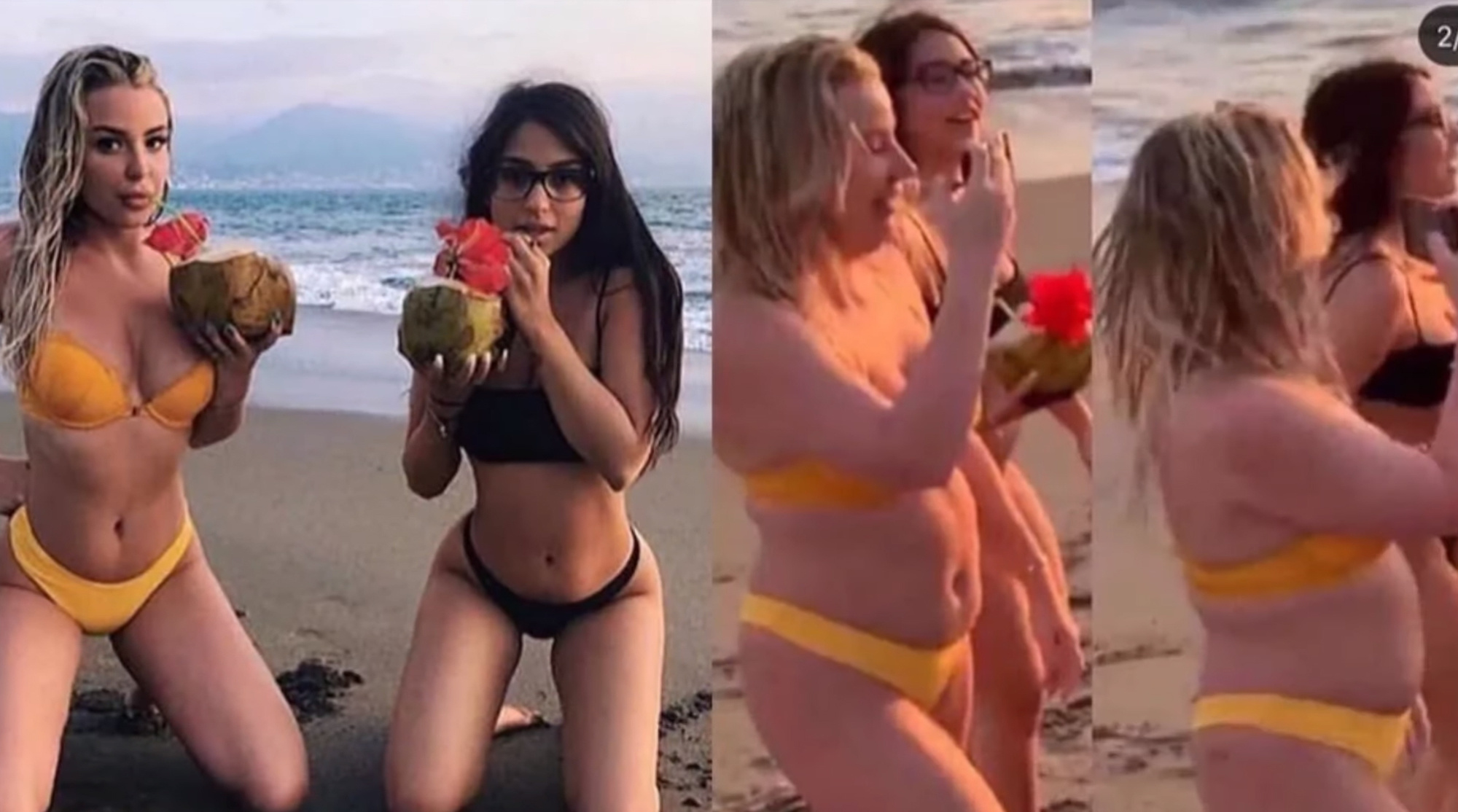 You may have come across many pictures on Instagram that do not seem to be real. There are many applications that can help you tweak the pictures in order to impress your followers. Photo editors like Photoshop have allowed many people to remove marks and add filters on their pictures. Even the cameras on the phones have become advanced enough to add the filters right when you click the picture.

When You Don’t Edit Properly

This picture became quite famous. This influencer brought rain to his picture and he did quite a good job at it. However, he forgot to make his hair wet. Perhaps, he just wanted to ensure that his blow-dried hair looked perfect.

The Truth About Coachella

Coachella is the living proof of the advancements in music and art. However, many people go there just to snap a picture and post it for their followers while others go in front of a green screen and then edit Coachella into the background.

The Influencers Ruin The Environment

In the conquest of getting some great pictures clicked, many influencers do not care much for the environment. Take this picture for instance. The girl lay quite callously on the flowers and then left without a second look at the flowers.

The influencers are quite keen on altering the perceptions of their followers. They want to show their bodies as perfect when they are far from it. This picture for instance shows how body fat can be hidden from the pictures.

When Things Go Too Far

We cannot take the perfect picture and there is always a need to add some finishing touches. However, this girl took things too far and there is no way that the human body could possibly be bent in that shape.

With over 2.5 million followers, Trisha is one of the many famous YouTubers. With retouching of her pictures and makeup, she is often called a cross between Barbie and Pamela Anderson. However, you can see the truth for yourself.

Trisha’s downfall came at the hands of the YouTube channel H3H3, who outed the star for her perfect shots. They showed the side-by-side pictures of what was shown and what was reality.

You would expect that someone like Justin Bieber would take care of his body to the extent that he would not need any edits on his pictures. However, that is not true because he is also after all just human.

Harry Styles is one of the loved people in the world. There are many girls all over the planet who wish to be with him. However, while the magazines portray him to be quite perfect, the reality is far from it.

When you are editing a picture to make yourself look thinner, you have to think about retouching the background too. However, this girl went too far and decided to bend her hand in a way that is not at all natural.

Lip fillers are all good and fun but that is only when they are viewed from the front. However, one photoshop-free picture and you see how bad a lip filler can look from the sides.

Celebrities Are Not Flawless

Everyone around the world believe celebrities like Kylie Jenner are always perfect. However, reality is something entirely different and you can be assured that even they have their good and bad days.

Tana Mongeau is one of the few people who have a successful rapping career and are still famous for being an internet facility. However, in a world where people consider thin to be perfect, Tana had to resort to photo editing in order to look “perfect”.

One of the things that made the Kardashians famous is the seemingly perfect life that they have. However, there is a lot of editing that goes into the making of the life of the Kardashians as well.

When You Are An Amateur At Editing

One of the most famous sayings in the world is that little knowledge is a dangerous thing. This is quite evident from this picture where the girl tried to photoshop eyes on her face and forgot that she was wearing a hat.